Recently, Chelsea Handler featured a J-fashion segment on her Netflix talkshow. As with most western representations of the fashion, this one was filled with misconceptions, and it was clear that the talk show host felt very uncomfortable in her new duds. What does make this segment somewhat unique is that instead of featuring interviews with average girls, Chelsea’s guests are none other than Model Rinrin Doll, Designer & Model Kimura U, Fashion Artist Minori, and Internet personality Elleanor. 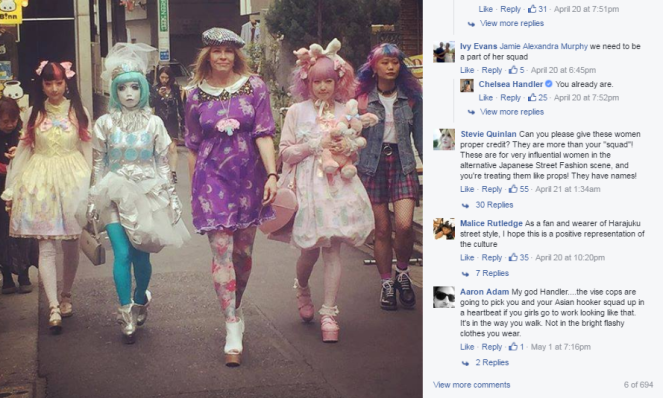 About a month ago this image surfaced on facebook, featuring Handler and the aforementioned young women. Tagged #mysquad, the photograph caused a bit of an uproar since none of these influential individuals were named or credited for their contributions to the J-fashion community. Rinrin, Minori, Kimura Yu and Elleanor are used as props for Handler’s amusement, and never once are their careers or acheivements mentioned. 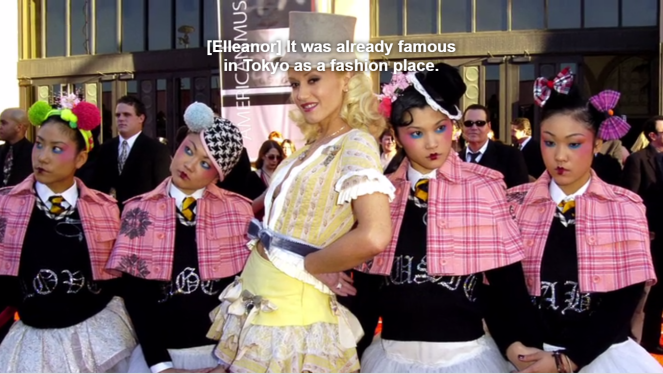 Within the episode itself Chelsea frequently credits Gwen Stefani as the individual responsible for making Harajuku a thing, which is unfortunate since these women are much more influential actors in the scene. What could have been a very interesting, engaging, and educational representation of the japanese street fashion community quickly turned into yet another video filled with “Japan is SO WEIRD” stereotypes. What is most frustrating about this is that not only is there a fundamental (and almost deliberate) misunderstanding of the purpose and power of street fashion; but rather that there is always a eurocentric focus on Western influence. Handler mentions Stefani a few times and brings up Alice in Wonderland, but one of the more subtle ways that the veiwer’s opinion is guided is through Handler’s obvious discomfort with anything that is not strictly and blatently of the West. The viewer is meant to share Handler’s fascination and patronizing rejection of this exoticized fashion community.

There isn’t anything inherently wrong with not understanding a new phenomenon or trying to learn more about it. What is a problem is the inability to let go of a xenophobic lens, and to simply let people speak for themselves. Handler is honest about not understanding Japanese street fashion, but she is comes off as patronizing in the way that she engages with her guests. In the end, she says that her personality is bold enough that she doesn’t need fancy or colorful clothing to stand out from the crowd – a statement that comes off as dismissive towards the importance of J-fashion as a cultural phenomenon.

After years of misrepresentation by the media it is disappointing to see a comedienne who has spoken out against other social justice issues engage in orientalism just for a few cheap laughs. At least Gwen Stefani had the decency to look embarrassed, but unfortunately I can’t say that this segment was a win for the Lolita or J-fashion community. If you want to check out the episode, I recommend skipping ahead to about the 14:00 minute mark. Most of the episode prior to that is Handler ripping on women who choose to become mothers. 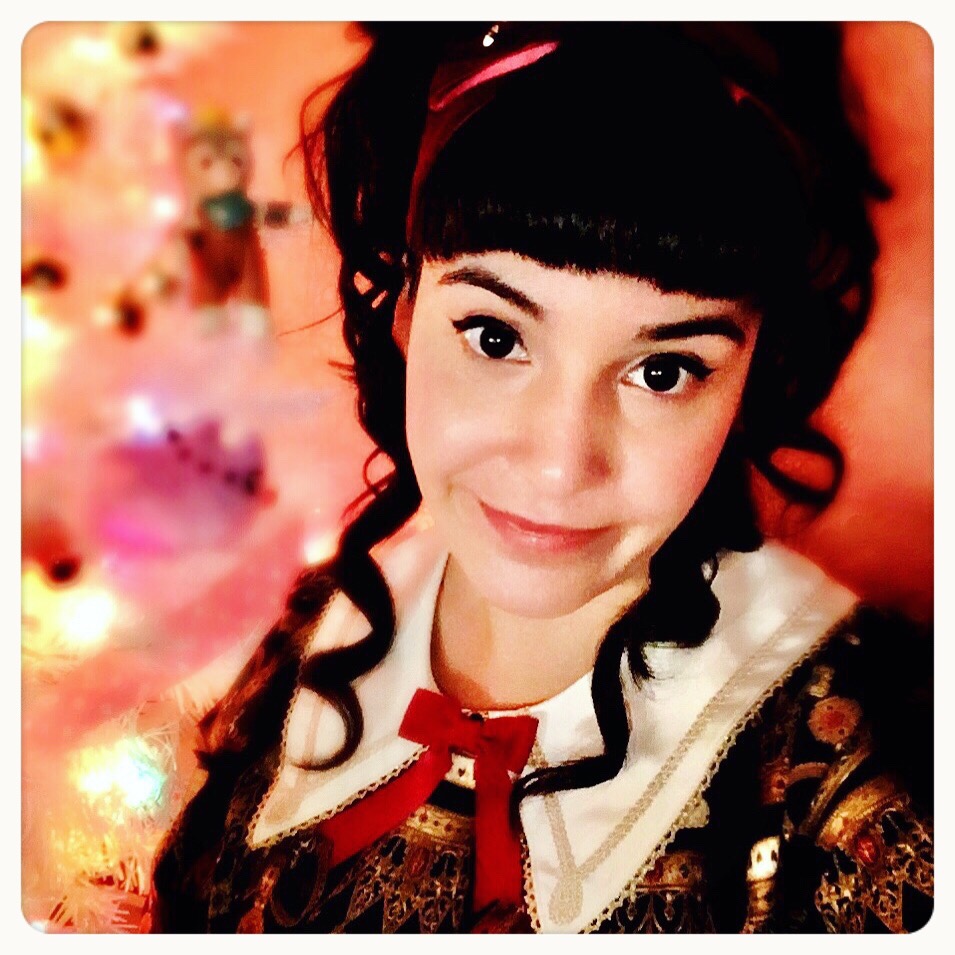 My name is Rosie! I love Angelic Pretty, and have been wearing lolita fashion since 2006. I like guinea pigs, sweets, and cute clothes. Let's be friends, OK?